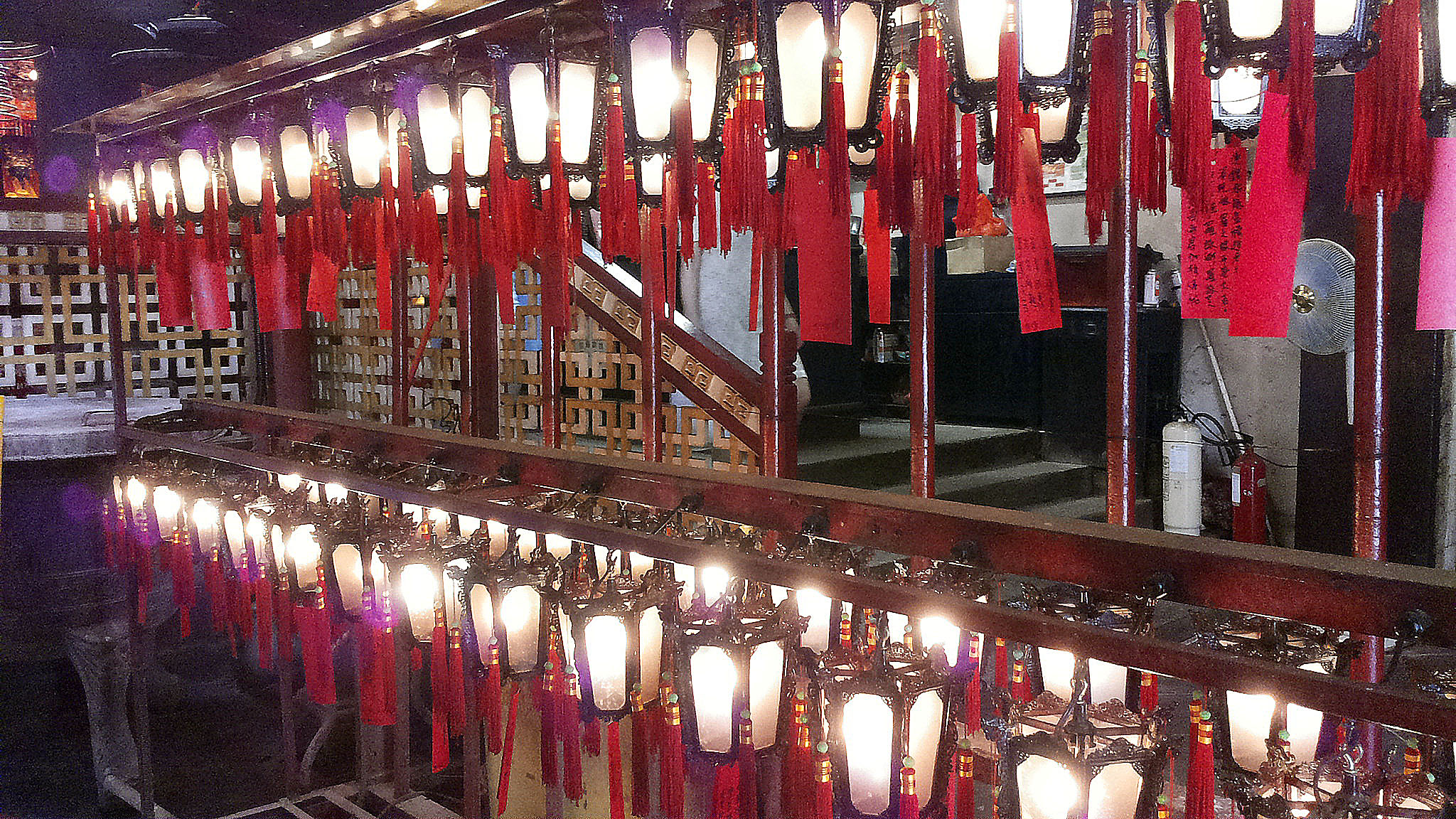 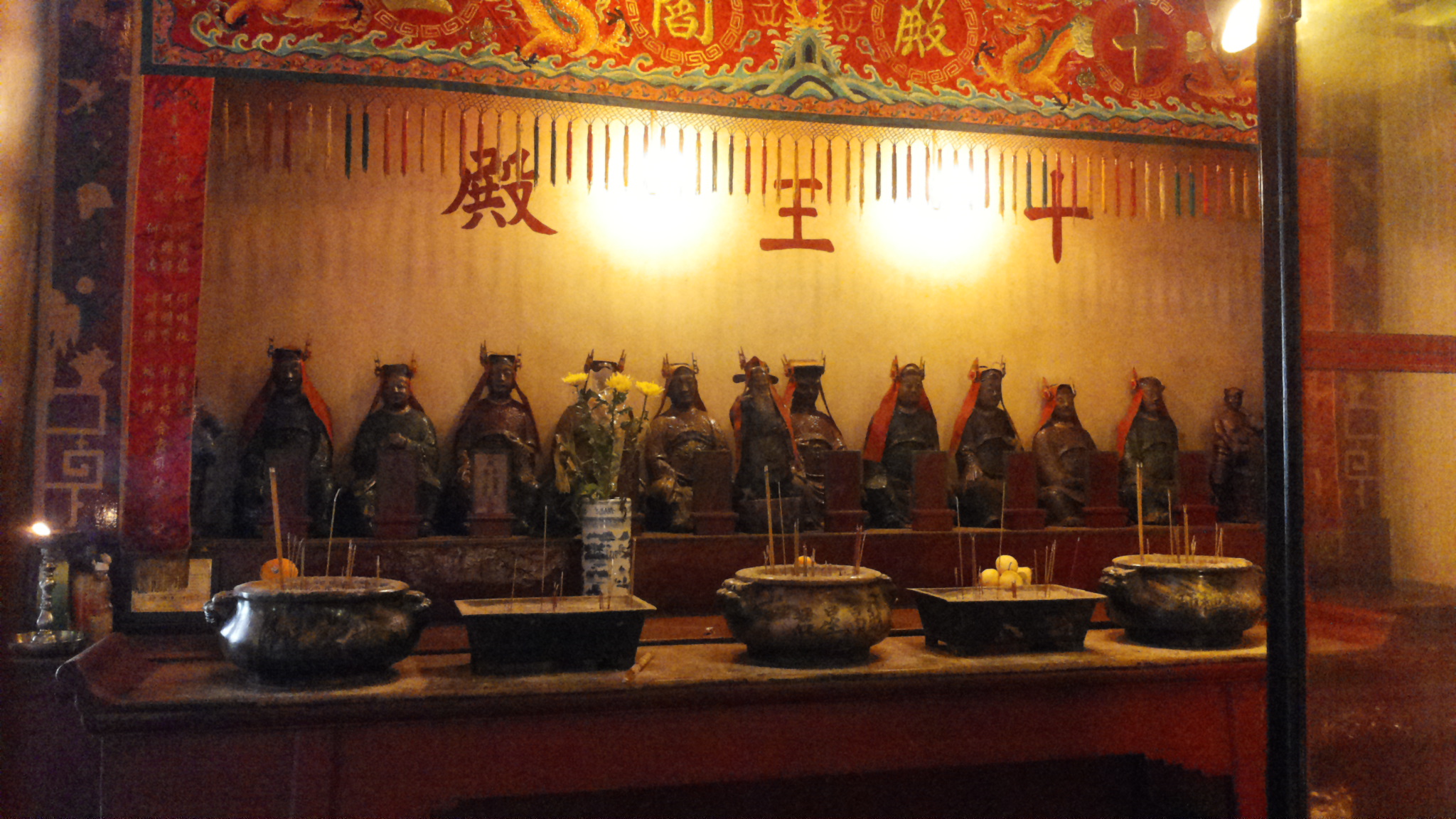 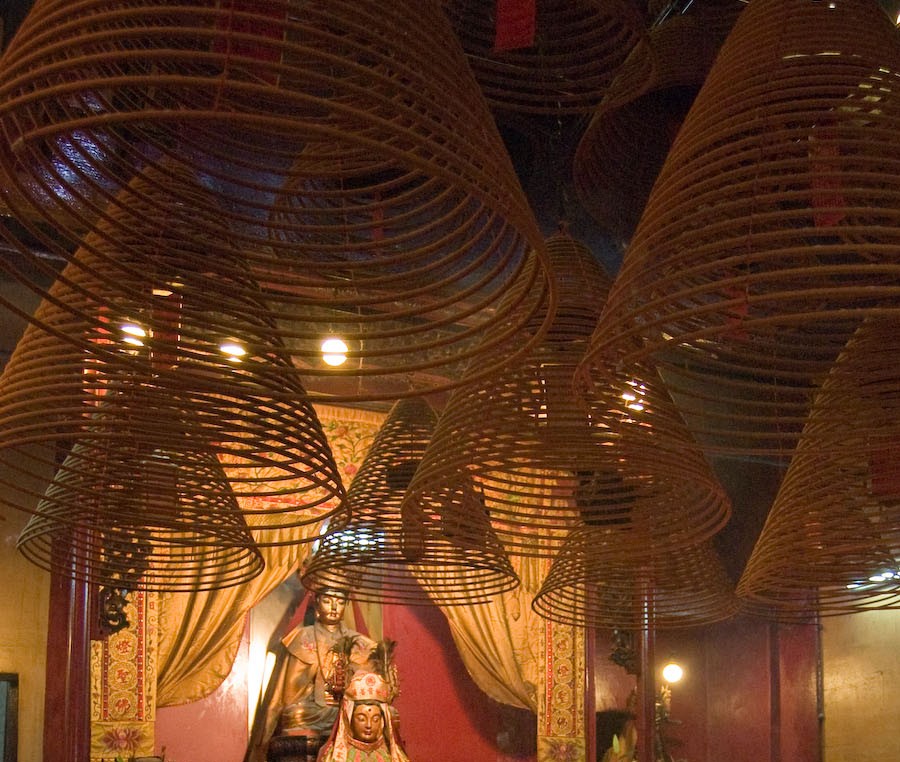 “Man” literally means civil while “Mo” is martial. The Man Mo Temple is dedicated to the King Emperor Man and Holy King Emperor Kwan. The two gods were human. Man, the Civil God, known as Cheung Ah Tse was born in 287A.D. during the Chin dynasty. He was said to have jurisdiction over the destinies of the lives of government officials. He was granted the title “King -Emperor Man Cheong” by an emperor in Yuan dynasty. Kwan, the Martial God, is known as Kwan Wan Cheung, Kwan Tai or Kwan Yue. He was born in 160A.D. during the period of Three Kingdoms. He was a great warrior and was always associated with righteousness and loyalty. He was deified by an emperor of the Ming dynasty as “Martial God”. Kwan Tai is also well worshipped on his own. There are many Kwan Tai Temples in Hong Kong too.

Within the compound, all other heavenly gods are worshipped in the Lit Shing Kung too.

Man Mo Temple on Hollywood Road is actually a compound of three for three different purposes.

The major one on the left is the Man Mo Temple where the God of Literature and God of Martial Arts are worshipped. The middle block is Lit Shing Kung. It was built for all heavenly gods. And the last one is Kung Sor. It was the place where the village or community get together to resolving any conflicts and matters. The temple is graded as a Grade I Historic Building in Hong Kong as it showcases lots of traditional craftsmanship.

Do’s and Don’ts in the Temple

One of Hong Kong’s well worshipped temples
For peace, for success
Read More